The Hawkei and Bushmaster vehicles, manufactured in Bendigo, could benefit from government's defence export focus.

Bendigo could seek to benefit from the federal government’s push for Australia to become one of the world’s top 10 weapons exporters within a decade.

Thales – Australia’s second largest defence exporter – is continuing to manufacture the Hawkei armoured defence vehicle at its North Bendigo site, while additional Bendigo-made Bushmasters have been sent to Japan this month.

Member for Bendigo Lisa Chesters said the renewed focus on defence exports would be a positive for jobs at Thales in Bendigo.

“Any announcement that results in the production of more Bushmasters and Hawkeis is good news for the Bendigo Thales manufacturing facility,” she said.

“The importance of locking in further defence armoured vehicle manufacturing contracts for Bendigo cannot be understated. 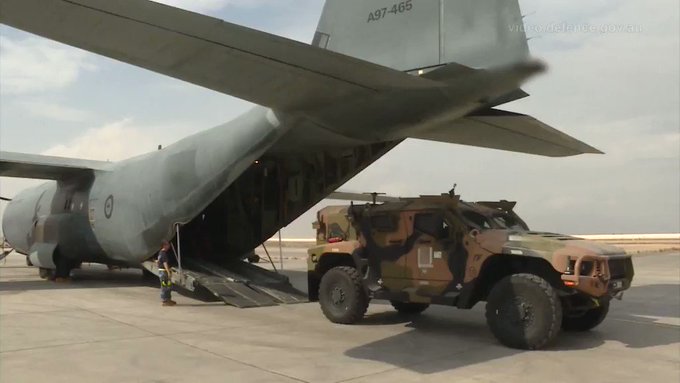 “At the local level, these contracts help to secure manufacturing jobs and many small to medium supply chain businesses.

“More broadly, maintaining a strong industrial base, including the skilled workers here in Bendigo, has important strategic implications for Australia.”

The government’s plan involves setting up a Defence Export Office to work with Austrade, and providing $3.8 billion to finance Australian companies to sell their defence products overseas.

Thales has been negotiating the potential export of its Bendigo-made Hawkei and Bushmaster vehicles to Poland and Indonesia.

The Bushmaster has already been exported to the defence forces of the United Kingdom, Japan, the Netherlands and Jamaica.

A further batch of four Bushmasters were sent to Japan this month, adding to the four already in the country. It is the biggest export deal between Australia and Japan.

The Hawkei vehicle was also deployed overseas for the first time this month, undergoing testing with the Australian Defence Force at the Taji Military Complex in Iraq.

Once the ADF contract has been fulfilled, Thales’ negotiations with other countries are expected to move ahead.

The company has been in negotiations with the United Kingdom for two years over the possible export of the Hawkei.